The Effects of Pipeline Vandalism: A Case for Better Pipeline Security 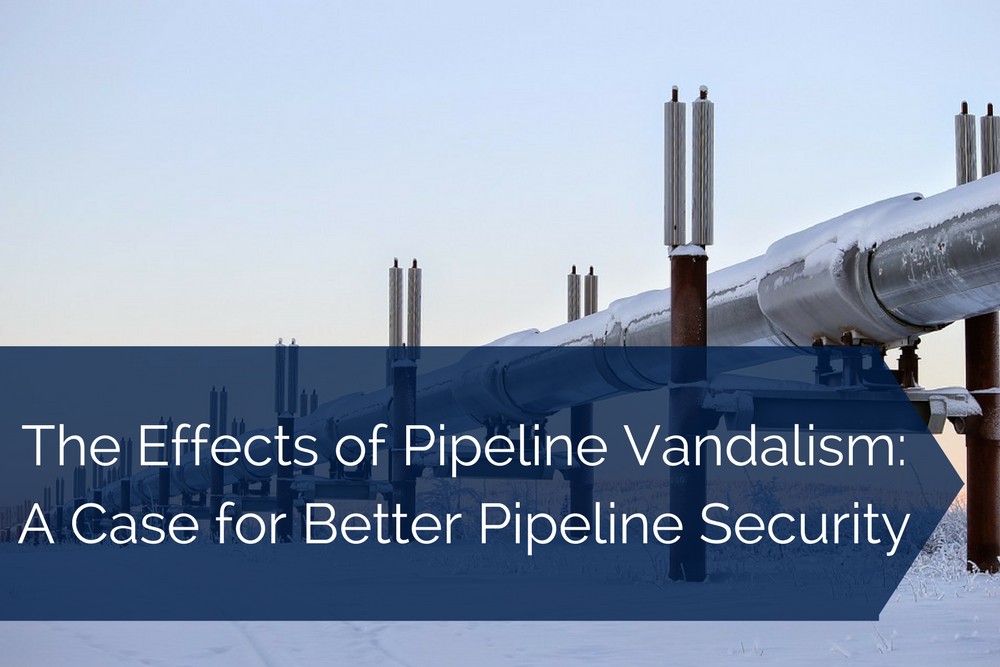 Though they are often a subject of debate in the U.S., oil pipelines are the unsung heroes of the modern lifestyle we live. With nearly 61,000 miles of crude oil pipeline and more than 63,000 miles of refined petroleum pipeline running throughout the nation and delivering needed energy sources, it’s not hard to understand how this infrastructure plays a vital role in our lives every day.

Knowing the prevalence of pipelines, their physical security should be a top priority because pipeline vandalism and theft can have detrimental outcomes. In today’s post, we’re providing insight on how insufficient physical security can lead to major issues in the oil industry.

In the U.S., pipeline vandalism is often connected to environmental activism, but in other countries around the world, people damage or destroy oil pipelines to steal petroleum products for personal use, to sell on the black market, or to process in illegal refineries. No matter the cause behind pipeline vandalism, the deliberate destruction of pipelines poses serious issues. When inexperienced individuals tamper with oil pipelines, the effects can be devastating, often leading to death or major economic loss.

Below, we’ve outlined a few cases of pipeline vandalism both in the U.S. and other nations with varying effects on people’s lives, the economy, and the environment.

Nigeria has experienced significant economic loss due to pipeline vandalism. According to an article from The Guardian, “An average of 700,000bpd [barrels per day] of crude oil was deferred in 2016 due to pipeline sabotage, this brought Nigeria’s production down to as low as 1.3 million barrels per day from 2.2 million barrels targeted for the period.” The article continued to explain that at approximately $52 per barrel, Nigeria lost more than $13 billion that year due to pipeline theft and vandalism - a major economic loss. 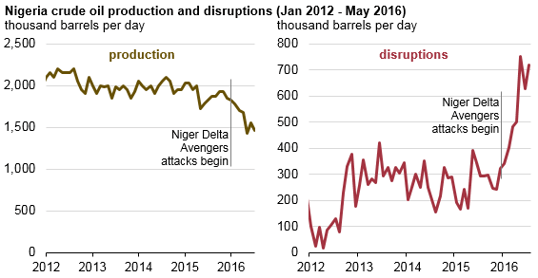 Unfortunately the prevalence of pipeline vandalism is also greatly affecting the environment and the people who live in Nigeria’s most oil rich region, the Niger Delta. There have been nearly 5,300 recorded oil spills between January 2005 and July 2014, nearly 75 percent of which are caused by sabotage and theft. These spillages have contaminated primary water resources and crops, causing health issues for many of the residents and even increasing infant mortality rates.

Oil theft has become a sort of organized crime in Mexico, with oil thieves now having their own name - huachicoleros. On average, these oil thieves steal 5.5 million liters of fuel with the total loss of oil and gas equaling more than $1 billion dollars per year.

The illegal pipeline taps in Mexico have also caused death and pollution within the past few years. In September of 2016, an illegal pipeline tap caused 4,000 barrels of oil to leak into the San Juan River, endangering the water supply for surrounding residents and farmers. As for the deaths connected to pipeline sabotage in Mexico, there have been multiple explosions and numerous shootouts between huachicoleros and law enforcement. In May of 2017, an illegal tap exploded, killing 10 people.

Pipeline vandalism has recently taken place in the U.S., when two women vandalized the controversial Dakota pipeline this past summer by using oxy-acetylene cutting torches to cut through steel valves. Local deputies found the burned holes in an empty section of the pipeline (although it was pressurized with nitrogen gas). 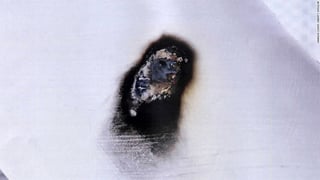 According to the women, the vandalism was meant to be a nonviolent response to unresponsive regulators. While there were not severe consequences in this situation, the outcome of their activism could have been detrimental if the damage had not been caught, as seen in the cases from Nigeria and Mexico.

For additional cases around the world, check out this article.      Image Source: CNN

Demonstrated in the case studies presented above, pipeline vandalism can lead to pollution, death, and more. For the sake of the economy, the environment, and the health of those living near pipelines, it’s vital we take the appropriate steps to protect pipelines and prevent future vandalism.

While it may be difficult to change the minds of all those inspired to vandalize or steal from oil pipelines, there are security measures available to help reduce the number of vandalizations that occur around the world.