More than an Unattended Ground Sensor: The Evolution of E-UGS 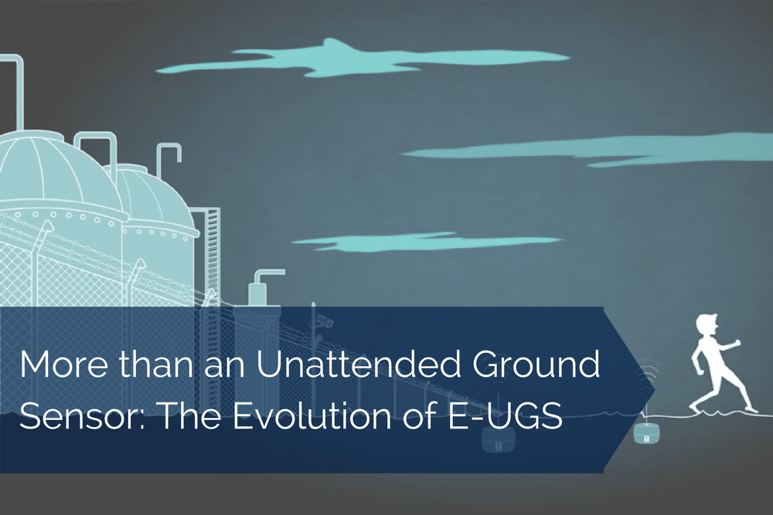 ARA entered the UGS arena when it developed E-UGS (Expendable Unattended Ground Sensors) for the U.S. Army more than seven years ago. Today, after years of gathering and incorporating military feedback and lessons learned, our E-UGS system has evolved into Pathfinder, which brings even greater military-grade technology and early warning capabilities to the commercial and private physical security markets.

E-UGS were first developed for the U.S. military in 2010 and were initially fielded in Afghanistan. Still in use today, they are seismic sensors that can be emplaced in seconds and provide live seismic sensing to protect the perimeter of any area. Designed to detect dismounted footstep traffic in the mountains and low-lying regions of the Middle East, the sensors are disposable and the controller/receiver operates with a PC or laptop and displays maps with sensor locations and status alerts for activated sensors.

Since the first initial deployment of E-UGS, the U.S. Army has procured approximately 48,000 sensors and achieved incredible success in identifying and monitoring suspicious movement and providing soldiers with intel needed to detect and eliminate threats.

Throughout the military’s use of the footstep detection system, we’ve gathered soldier feedback and insights, which has led us to its successor - Pathfinder. Pathfinder, launched early in 2017, is available in military, commercial and private physical security markets and provides an innovative approach to physical security through its threat pattern analysis capabilities. 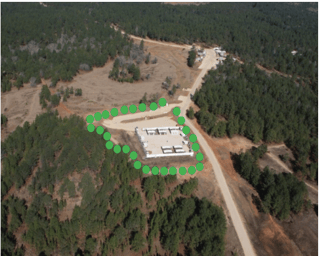 In almost all sensor security applications, the status quo is to put up an invisible fence of sensors around a facility’s perimeter.  The problem with doing so is that sensors employed linearly provide little to no information value; ignore reconnaissance and surveillance; force you to respond

too late (i.e. reactive, not proactive); are predictable and easy to bypass; and provide a false sense of security - resulting in your personnel letting their guard down.

Our solution to the status quo? Progressive warnings and asymmetric placement.

Security notifications, coming in the form of green, yellow, and red dots, allow security staff to prioritize their response by revealing movement patterns.

For example, a series of sequential red dots likely indicate a quickly moving target. These alerts allow you to monitor movement to determine the threat, while also revealing routes for reconnaissance and surveillance.

Our team is also trained to teach our clients to maximize the optimization of Pathfinder’s detection system, so that your staff is prepared. Our staff will help you achieve your greatest efficiency by training responders to properly interpret dots and act accordingly. 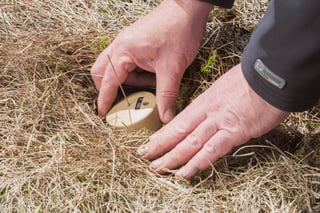 There’s a science to placing the sensors to achieve your greatest results, and we’ll work with you to customize your perimeter security so that it aligns with your current security strategy. What makes Pathfinder incredibly valuable is our strategic approach to the sensors’ employment, in which we break down the placement depending on external factors; the varying emplacements include Points of Penetration, Route Analysis Detections, and Surveillance Detection Zones.


Not only does this asymmetric placement better prepare you for intruders, but it also saves you money. It’s not uncommon for security personnel to place perimeter fencing around property, but this method isn’t always effective and can prove to be quite costly.

Our strategic placement enables you to strategically employ the sensors so they are optimized to detect your most likely threats and their movement corridors, rather than around an entire facility.  By focusing specifically on the most probable, realistic threats to your assets, in conjunction with the availability and readiness of your response force, we’re able to greatly reduce your overall costs by limiting the number of overall sensors necessary to truly secure your space.

The Pathfinder’s strength lies in its ability to provide security personnel with the ability to monitor and act upon the threat BEFORE the damage occurs. With many common security solutions, like alarms or security cameras, security personnel are alerted after the intruders have trespassed, giving them plenty of time to inflict damage before security is able to respond appropriately.

Pathfinder uses a proactive approach called threat pattern analysis that allows you to understand normal behaviors within and around your facility’s grounds. By strategically placing sensors outside of your perimeter, you’re able to identify, understand, and benchmark standard behavior patterns.

Determining the baseline is a process that occurs over time - ranging from weeks to months - and can be compared to data from previous incidents, enabling you to identify anomalies. After this process is complete, you can extend sensors out even further beyond your perimeter to gain insight into how threats are conducting surveillance and better understand movement patterns.

Since activity baselines and abnormalities often vary at each client site, Pathfinder has a team ready to modify and/or create, customize, and optimize sensors to your specific location and/or validated threat signature.  Knowing movement patterns will also help you to choose when and where you’ll be able to intercept future threats, creating the perception of a “chance encounter” without disclosing your ground sensor strategy and capability.

While Pathfinder is a footstep detection sensor, we realize not all threats come in by foot. Our sensors are also able to detect off-road vehicles as well as transitional activity, such as vehicle-to-footstep transitions and boat-to-footstep transitions. In addition to traditional vehicles moving off-road, the Pathfinder off-road vehicle algorithm is uniquely optimized for smaller vehicles like small pickup trucks, All Terrain Vehicles (ATV), Utility Task/Terrain Vehicles (UTV) and dirt bikes.

Pathfinder reports detections in near real-time, taking mere seconds to qualify a detection before sending out a validated alert.  By qualifying the detection information before alerting, Pathfinder prevents your staff from having to respond to unnecessary alerts such as false and nuisance alarms.

What industries does Pathfinder serve?

Pathfinder is a security solution for anyone looking to enhance their perimeter security, especially the oil and gas industry, border control, utilities, and critical infrastructure. From protecting pipelines and communities from theft and vandalism to preventing attacks on substations and water towers, Pathfinder is able to provide perimeter protection for facilities that enable us to live in our modern world.

Even if you have an existing security approach, perhaps consisting of cameras, physical fences, or drones, Pathfinder can be easily integrated into your current monitoring software architecture or we can provide you with our own in-house sensor fusion software that is currently utilized by a number of U.S. Air Force installations.

To improve the ability of security cameras, we’ve armed our system with slew-to-cue capabilities, which allow personnel to more rapidly ID the threat in areas where footsteps were detected. 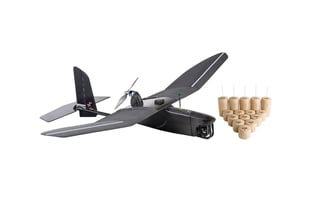 Drones are becoming a staple part of security approaches around the world, so we’ve also implemented fly-to-cue technology, which sends detection information from ground sensors to inflight drones, allowing them to quickly find the target. This technology helps to overcome one major weakness in drone security: battery life. Drones typically have a short flight time, so by adding the target information directly into the drone’s mission-planning software, it can fly directly to the target, without having to waste precious battery power when attempting to locate and acquire the target.

We’d like to touch on one more game-changing aspect of Pathfinder: price. Because of the traditional ways that ground sensors have been and continue to be wrongfully employed, the number of ground sensors needed to secure an area often far exceeds what is truly required. In the industry, it is not uncommon for some of our competitor’s projects to exceed hundreds of thousands of dollars for one property.

Not with Pathfinder though. Because of our unique approach, we can secure your site for a fraction of the cost that most sensors and sensor companies can, all while providing you the confidence you need from knowing that you have an effective, robust security and protection plan in place.

Are you in need of an affordable, proactive security solution? Click below to contact us for a free demo or site evaluation.